In recent years, e-commerce platforms such as Amazon, Zalando or eBay, have developed as real alternative to shopping in local supermarkets. Shops are opened 24/7, shelves are always filled and free shipping on the next day is mostly guaranteed. But what comes next? With the steady progress in virtual reality (VR) technology, it is today already possible to create VR supermarkets. VR supermarkets could combine the advantages of both, online and regular shopping, which means “around the clock shopping” with the feeling of being in a physical store. In addition, the technology opens up totally new ways of user assistance, e.g. showing product information in terms of augmented reality in the VR. Now the question arises, whether people’s shopping behavior in such a new shopping environment differs from their behavior in “regular” stores? In order to answer this question, a consortium of researchers from KIT, Nürnberg Institut für Marktentscheidungen e.V. (zuvor GfK Verein) Gründer und Ankeraktionär der GfK SE, CITEC Bielefeld, and the University of Southern Denmark, conduct an experimental study investigating differences in behavior between shopping in a desktop versus a VR environment using head-mounted displays. 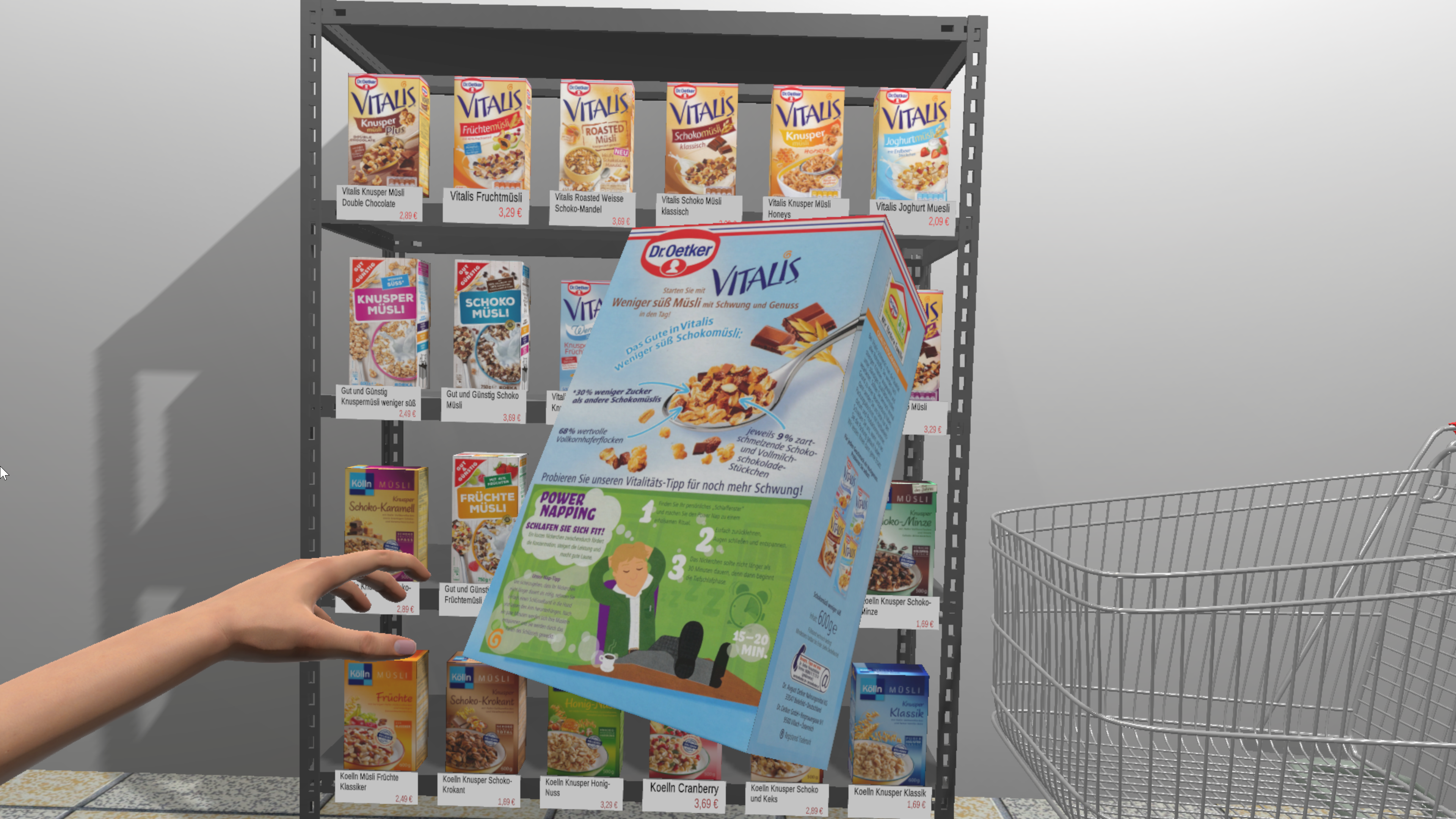